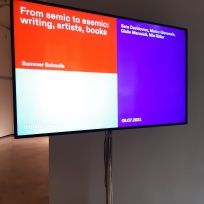 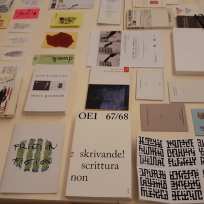 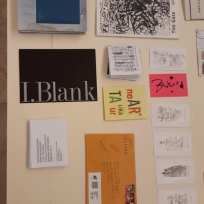 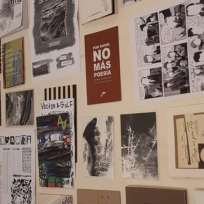 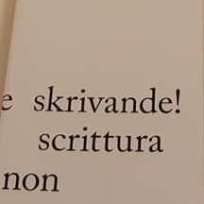 For Garbage Collection Jaap Blonk made collages from trash paper and all kinds of cheap stuff. All of them also feature his asemic scribbles, that are distant descendants of the symbols he created for the notation of his sound poems.
Then he processed them digitally – only the colours, not the forms – with many different self-coded algorithms that he developed over the years.

Jaap Blonk (born 1953 in Woerden, Netherlands) is a self-taught composer, performer, poet and visual artist.
His unfinished studies in mathematics and musicology mainly created a penchant for activities in a Dada vein, as did several unsuccessful jobs in offices and other well-organized systems.
In the late 1970s he started to compose music. A few years later he discovered his potential as a vocal performer, at first in reciting poetry and later on in improvisations and his own compositions. From the mid-1990s on Blonk started work with electronics as well.
Since 2006 he has been using mathematics again for algorithmic composition for the creation of music, visual work and poetry.
As a vocalist, Jaap Blonk is unique for his powerful stage presence and keen grasp of structure. He has performed around the world, on all continents. With the use of live electronics and interactive visuals the scope and range of his concerts has acquired a considerable extension.
Blonk’s recorded output comprises some 50 titles: CDs, vinyl, books and cassettes.
From his sound poetry scores he developed an independent body of visual work, which has been published and exhibited. 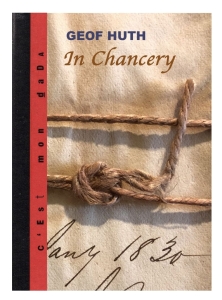 In Chancery by GEOF HUTH.
A sequence of photographs of records of the long-defunct New York Court of Chancery, presented as visual poems. 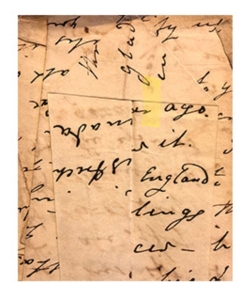 The Rescued Pieces of In Chancery

My paid work focuses on government records from the 1600s to today, those encoded in bits and thrumming through wires and air, and those on paper and parchment. When working with the oldest of these, which usually bear signs of decay, I face the pleasure of the archives, or how an old document carries into the present the words and actions of the past, though always changed, always transmogrified by time. The old records I oversee have been stored poorly sometimes for centuries, so their cotton-fiber paper, which would have retained its bright whiteness if stored properly, has devolved into shades of tans and browns. The records also bear the manners and markings of their times, making these routine papers magical to the 21st-century eye. Seals and ribbons, intended to convey authenticity, festoon the documents, as do arcane phrases and ornate penmanship. Even the name of the court I chose to document so heavily, the Court of Chancery, carries the scent of a faraway past, as do the papers themselves. As I processed these, I recognized some of them as inchoate visual poems and photographed hundreds of them, to capture their verbo-visual delights for myself and you. 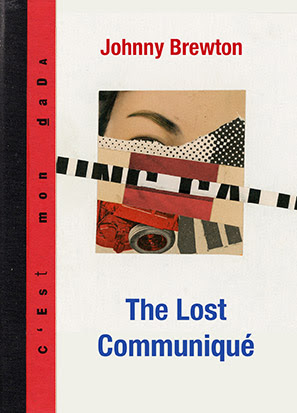 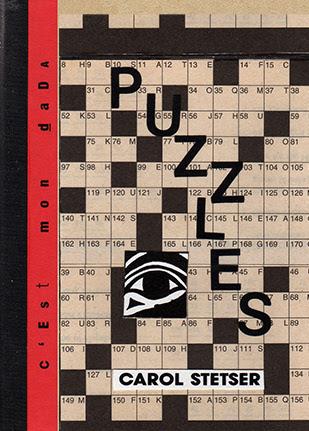 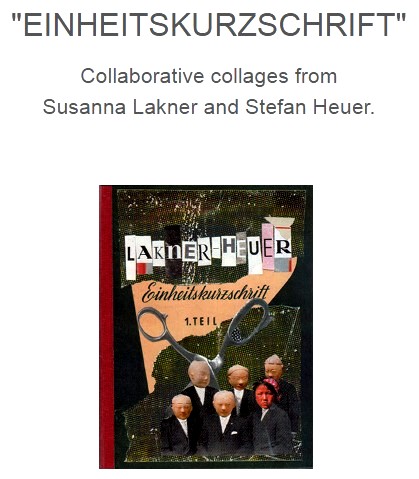 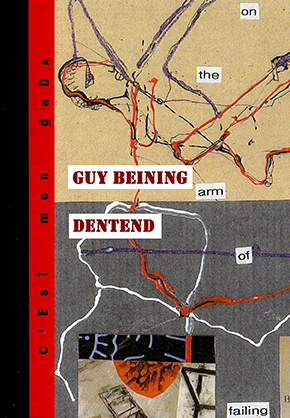