All my visual works, photos, vispos and drawings and asemic drawritings here or in Immag, Differx, Xdiffer, wee image, Surrism/Notitle, Nothing and insight, Poetry Kessel-lo, Flux Usa, Fluxlist Europe, Vispostock, Vispoets, arteMOLTOpovera and Endoglosse are on sale, if you want me to print them. Wherever you live in the world if you are interested in them, write to mg_img [at] yahoo [dot] it

The idea + stuff + practice of INSTALLANCE is here.

See some asemic sibyls in Nazione indiana (Nov. 2008) and in Sleepingfish (Jan. 2009), … and from time to time please take a look at Michael Jacobson’s blog, Jim Leftwich’s textimagepoem, and Satu Kaikkonen’s foffof. Others are (and will be) in Vispoets. Others in the Russian magazine Chernovik, paper issue #24 + site (see also 2 vispo in issue #22). Other sibyls in satt.org, and in issue #2 of TRNSFR magazine (Jan/Feb, 2010).

The mag “l’immaginazione” (Sept.-Oct., 2009) has one sibilla asemantica as cover of its issue #249. You can find also three new pieces (two are asemic ones) in Fieralingue, December, 2009.

Taking part to The Last Vispo Anthology (edited by Crag Hill and Nico Vassilakis, 2010-12), MG also took part in the exhibits (or ‘previews’) related to the book. The first two were in Smolensk, Russia, and Budapest, Hungary, in April, 2010: see http://scorecard.typepad.com/crag_hills_poetry_score/2010/04/selections-from-the-last-vispo-anthology-on-exhibit-in-smolensk-russia-budapest-hungary.html.

In 2011 he takes part in the Bury Text Festival (Apr). Then, works by him are exposed in the Alphabet of art exhibition in Moscow (Zverev Center, May 12th – June 12th) and Philadelphia (International House, Sept. 1st – Oct. 15th, 2011). Some asemic pieces take part in the Klebnikov Carnaval at Kessel-lo (Belgium), 2-4 Sept., 2011, while new works participate in the collective exhibition da>verso, transizioni arte-poesia, Accademia di Belle Arti di Brera, Milan (Italy), 6-17 Oct., 2011. In October 2012 a series of asemic glyphs are exposed in a solo exhibit in Lviv (Ukraina): http://tymutopiyapres.blogspot.it/2012/10/blog-post.html. In Winter 2014 the mag «Lana Turner» hosts 15 vispo and 7 asemic pieces.

One asemic sibyl is in An Anthology of Asemic Handwriting (T.Gaze anb M.Jacobson eds., Uitgeverij, 2013). While the sibyl 161329 (from 2006) is in the vispo anthology The New Concrete. Visual Poetry in the 21st Century (Victoria Bean and Chris McCabe, eds; Hayward Publishing, 2015).

He guest edited a section of asemic writing in AlteredScale4: http://alteredscale.com/contents-alteredscale-com-issue-4/.

A series called ARTE MOLTO POVERA [extremely poor art] has born in 2008. Low-res pics recording it are @ http://www.flickr.com/photos/textimagepoetry/4901898055/ (thanx to J.Leftwich). Posts about it here (.en) and here (.it). A dedicated webpage is http://artemoltopovera.blogspot.com.

More stuff here and there @ Slowforward & on the net. Browse & search via Google…

Thanks to Jim Leftwich for hosting images and concrete/visual poems in his http://jimleftwichtextimagepoem.blogspot.com/: the stuff is also archived in the Library site of the Ohio State University. Pdf files with series of works can be downloaded here: http://library.osu.edu/sites/rarebooks/finding/TextImagePoemArchive.php

The pdf files including also works by me are the following ones:

Works by MG are in collections in Italy and abroad (e.g. the Sacker Archive, Miami, FL).

an interview about asemic writing + 8 asemic poems
in 3AM Magazine, The Maintenant Series #65
[ed. by Steven Fowler] 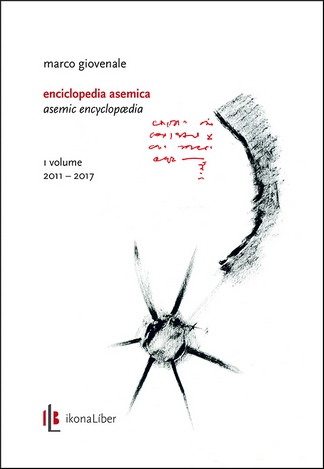